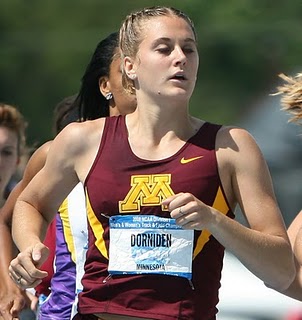 “For I am already being poured out as a drink offering, and the time of my departure is at hand.  7  I have fought the good fight, I have finished the race, I have kept the faith.  8  Finally, there is laid up for me the crown of righteousness, which the Lord, the righteous Judge, will give to me on that Day, and not to me only but also to all who have loved His appearing.” 2 Timothy 4:6-8

I often ask people what they would prefer: Matthew’s account of the seed that fell on good soil: “But others fell on good ground and yielded a crop: some a hundredfold, some sixty, some thirty,” (Matthew 13:8); or Mark’s account, “But other seed fell on good ground and yielded a crop that sprang up, increased and produced: some thirtyfold, some sixty, and some a hundred.” (Mark 4:8). Nearly always, everyone prefers Mark’s order because it speaks of successive increase or progress. “But the path of the just is as the shining light, that shineth more and more unto the perfect day.” (Proverbs 4:18 KJV).

Many of us know that it’s not how you start in life that’s important but how you finish. The Bible is replete with records of people who started well but didn’t end well. Starting from Adam and Eve, to Noah, Samson, Solomon, Asa, other kings of Israel, and Demas, we read about people who started well but ended poorly. Contemporary history is also filled with people who did not finish well. Sadly, many of them were Christians and even ministers.

Probably, over two million people left Egypt but only two of them, Joshua and Caleb, arrived at God’s designed end for them. It’s safe to assume that for every one person who finishes strong, there are countless others that don’t! What is it that would make a person start so well and end poorly?

RUNNING A RACE – KEEPING YOUR EYE ON THE BIG PICTURE

It has been said that the Christian life is not a sprint; it’s a marathon! The way a sprinter prepares for a race is different from how a marathoner does. The former prepares for maybe a hundred or two hundred meters dash, while the latter trains for the long haul. It requires a lot of discipline and perseverance to survive the marathon. The runner’s focus is on the race and the prize that he will receive at the end, that is what gives him the courage and motivation to run.

Paul saw the Christian life as a race. “Do you not know that those who run in a race all run, but one receives the prize? Run in such a way that you may obtain it.  25  And everyone who competes for the prize is temperate in all things. Now they do it to obtain a perishable crown, but we for an imperishable crown.  26  Therefore I run thus: not with uncertainty. Thus I fight: not as one who beats the air.  27  But I discipline my body and bring it into subjection, lest, when I have preached to others, I myself should become disqualified.” (1 Corinthians 9:24-27). Paul recognised that we are all in a race and there is a laurel to be won. We must always keep our eyes on the big picture – the prize..

THE CASE OF TWO SAULS

The tribe of Benjamin produced two notable characters, one in the Old Testament, the other in the New. They both had the same name, had dramatic encounters with God at one point in their lives, but unfortunately they ended differently. Their life story is a great lesson for us.

SAUL THE FIRST KING OF ISRAEL

Saul the son of Kish was an ordinary Israelite helping the father to look for some lost donkeys. He ended up at Shiloh where Prophet Samuel told him that the donkeys had been found and that he would be the king of Israel. Saul was so self-effacing that on the day of his coronation he was hiding and they needed to inquire from the Lord to find him. (1 Samuel 10:22). Samuel would later describe Saul’s life at this time in these words: “Samuel said, “Is it not true that when you were insignificant in your own eyes, you became head of the tribes of Israel? The LORD chose you as king over Israel.” (1 Samuel 15:17).

Not everyone was favourably disposed to his kingship but Saul didn’t think it was a big deal (1 Samuel 10:26). He was tolerant; he could accommodate dissent. When the people of Jabesh-Gilead were threatened, Saul, out of compassion, mobilised Israel to come to their rescue (1Samuel 11). It really looked like Saul was going to make a great king! However, not long after, the fault lines began to show in his character. First, in the rash decisions he made. He placed soldiers on the battlefront on oath to not eat, and even was ready to kill his son Jonathan for a mere taste of honey (1 Samuel 14:24-30, 43-45); he began to overstep his bounds when he could not wait for Samuel and offered sacrifice that he wasn’t authorised to; he was partial in his obedience to the commands of God. When an occasion demanded that he sought the counsel of God, he was too impatient that he stopped midway (1Samuel 14:15-19). Eventually, this man who started as a humble man was so concerned about his reputation before people (he didn’t care about his character!) that even in the midst of disobedience he still wanted to look good in the eyes of the people. He wanted Samuel to honour him (1 Samuel 15:30). You never know what’s in a man’s heart until you test him with power or position! Meanwhile, Saul had erected a monument for himself. (1 Samuel 15:30).

Samuel had observed Saul’s streak of foolishness and warned him, but he would not take heed (1 Samuel 13:13).  Eventually, Saul was so driven by envy because of David’s rising popularity that he sought to eliminate him. Twice David spared his life. On the last occasion Saul said this about himself (which actually ought to be the epitaph on his tombstone): Then Saul said, “I have sinned. Return, my son David. For I will harm you no more, because my life was precious in your eyes this day. Indeed I have played the fool and erred exceedingly.” (1 Samuel 26:21).

On the other hand, Saul, who later became Paul, didn’t start out well. The first time we meet him, he’s leading the mob that stoned Stephen (Acts 7:57-58). His passion was to destroy Christianity. While he was on his way to Damascus he encountered the risen Lord and was dramatically saved. He would later say of himself: “Although I was formerly a blasphemer, a persecutor, and an insolent man; but I obtained mercy because I did it ignorantly in unbelief.  14  And the grace of our Lord was exceedingly abundant, with faith and love which are in Christ Jesus.  15  This is a faithful saying and worthy of all acceptance, that Christ Jesus came into the world to save sinners, of whom I am chief.” (1 Timothy 1:13-15).

He realised his calling and pursued it with passion. He said “Therefore, King Agrippa, I was not disobedient to the heavenly vision,” (Acts 26:19). Despite all he faced in the course of serving the Lord he persevered. He did not allow circumstances to distract or detract him from fulfilling his purpose. His attitude was: “But none of these things move me; nor do I count my life dear to myself, so that I may finish my race with joy, and the ministry which I received from the Lord Jesus, to testify to the gospel of the grace of God.” (Acts 20:24). He had his eyes on the big picture which was to finish his race with joy or to finish strong. As his life was nearing the end, Paul would look back on his life’s journey and say: “For I am already being poured out as a drink offering, and the time of my departure is at hand.  7  I have fought the good fight, I have finished the race, I have kept the faith.” (2 Timothy 4:6-7).

How different from Saul the son of Kish who started well but ended poorly. On the other hand, Paul started poorly but ended well. King Saul ended with lots of regrets but Paul was hilarious as he approached death. Again, it’s not how a person starts that’s important. It is how they finish.

If you look back over your life and find that you are heading to a poor finish, now is the time to re-evaluate and get back on the right track. The fact that you started and fell does not mean that you cannot finish strong, but you must be willing to pick up from where you have fallen and continue the race. Some people watched the amazing thing that happened during the Women’s 600 meter run at the 2008 Big 10 Indoor Track Championships. Heather Dorniden had a painful fall but surprisingly got up and won the race. She finished strong. (https://www.youtube.com/watch?hl=en-GB&gl=NG&v=70UF82nysIU)

Finishing strong means to have been all that God purposed for you to be in this life, what late Dr Myles Munroe would call “dying empty.” It means accomplishing the vision that God has given you; it means leaving behind a good legacy that will outlive you; It means that when this life is over you will receive not just a welcome but also a well done from the Lord.