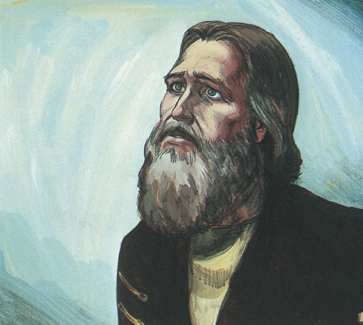 “Then I pleaded with the Lord at that time, saying: ‘O Lord God, You have begun to show Your servant Your greatness and Your mighty hand, for what god is there in heaven or on earth who can do anything like Your works and Your mighty deeds?’” Deuteronomy 3:23-24

You probably know the song that says, “Show me the size of your God?” Often, we are limited by the knowledge of God that we possess but Moses had no such limitation. He knew God like very few people did. Our knowledge of God will affect what we believe about Him, what we believe about Him will determine what we expect from Him and what we can attempt for Him. It was William Carey who said: “Expect great things from God; attempt great things for God.”

Usually, we assume that when we’ve learned something and passed exams on it then we know it. That’s not how the Bible talks about knowing. The Bible uses the most intimate relationship a couple share to describe knowing. “Now Adam knew his wife…” (Genesis 4:1). In Biblical sense, to know something is to experience it; you don’t know it until you’ve experienced it. “An ounce of experience is worth a ton of theory.” As a child, I was often warned to avoid playing with electricity but it never made sense to me. Then one day, I took a nail and passed it into a live socket. I got the shock of my life, it was only by God’s mercy that I wasn’t electrocuted. From that moment, I knew what it meant to avoid electricity.  That day, I received a ‘revelation’ about electricity and the lesson I learned has stayed with me for well over four decades. We may forget what we’ve learned, but we never forget what we’ve experienced.

From our text, we see Moses saying to God, “O Sovereign Lord, you have only begun to show your greatness and the strength of your hand to me, your servant…” (NLT). At the time Moses was making this plea, it was almost the end of Israel’s 40 years journey in the wilderness, they were at the verge of entering the Promised Land. By this time, Moses had seen and experienced more of God than any person that had ever lived. Some of his God-encounters included: the Burning Bush experience (Exodus 3:1-3); the ten plagues and various demonstrations of God’s power before Pharaoh (Exodus 7-12); Red Sea crossing (Exodus 14); the fire by night and cloud by day (Exodus 13:21); the glory of God on Mt Sinai and the tablet of the Ten Commandment written by God’s own finger (Exodus 19, 24, 32); the shining of his face as a result of his long stay in God’s presence on the mountain (Exodus 34:29=35);  supernatural provision of manna, quail and water (Exodus 16; Numbers 11; 17); etc.

Moses’ relationship with God was so special that when Aaron and Miriam spoke against him, God’s response was: “Then He said, “Hear now My words: If there is a prophet among you, I, the Lord, make Myself known to him in a vision; I speak to him in a dream. 7 Not so with My servant Moses; He is faithful in all My house. 8 I speak with him face to face, Even plainly, and not in dark sayings; And he sees the form of the Lord. Why then were you not afraid To speak against My servant Moses?”” (Numbers 12:6-8). God came to Moses’ defense and rebuked Aaron and Miriam for speaking against their brother. Later, when Korah and his company rose in rebellion to challenge Moses’ authority, God also affirmed Moses’ leadership with an unusual demonstration: the ground opened and swallowed up the rebels. (Numbers 16:28-34).

BUT MOSES KNEW THERE WAS MORE

There were many other experiences that Moses had with God. But after all those, Moses was still saying, “this is only just the beginning, there’s more about the greatness and power of God that I am yet to know and experience.” He knew that whatever had happened in his life was so little compared to what was available. Moses had such a large appetite for God, he lived with a holy discontent that is so uncommon these days. His concept of God was far greater than our concept of Him.

This attitude characterized Moses’ walk with God. He always aspired for more. He was never satisfied with how much he knew because he realized that what he knew about God was not all that could be known. At one point he said to God: “Now therefore, I pray, if I have found grace in Your sight, show me now Your way, that I may know You and that I may find grace in Your sight. And consider that this nation is Your people.” (Exodus 33:13). The root Hebrew word for ‘know,’ (Yada) was used twice in this verse. Moses was saying, “Lord, I want to know Your way, I want to really know You.” After he was reassured that God’s presence would continue with Israel, Moses took his request one notch higher, “And he said, “Please, show me Your glory.”” (Exodus 33:18). From God’s response, we know that what Moses actually wanted was to see God’s face (Exodus 33:19-23). No wonder God “…made known His ways to Moses, His acts to the children of Israel.” (Psalm 103:7). Besides Jesus Christ, no one has ever known or come so close to God throughout all history like Moses. Yet, he wasn’t satisfied with what he knew. He wanted more.

Paul’s desire and prayer towards the end of his life was ”That I may know Him and the power of His resurrection, and the fellowship of His sufferings, being conformed to His death.” (Philippians 3:10). Here is Paul, the man who had some of the profoundest revelations about the church, who wrote nearly half of the New Testament still expressing a desire to know God. How come we are so satisfied with little?

We have people who have just small, pocketful encounters with God and they think that’s all there is to know about God. Our problem is that we settle too soon in little, we think it’s the ultimate that can be and then we stop desiring to know more. When people give the impression that they’ve seen it all and known it all, they inadvertently expose their ignorance. The truth is that God is bigger than we think! It is unfortunate that people who have shallow experience with God become smug and unteachable. But as Paul said. “The man who thinks he knows something does not yet know as he ought to know.” (1 Corinthians 8:2 NIV)

We must relentlessly pursue the knowledge of God like Moses and Paul did. “Let us know, Let us pursue the knowledge of the Lord. His going forth is established as the morning; He will come to us like the rain, Like the latter and former rain to the earth.” ( Hosea 6:3). Seek to know God. Don’t let what you know become an obstruction to what you can know. Don’t settle for only the little you know now. Seek to know God more.

When you have known God in an area, there is no situation or person that can convince you otherwise. It becomes a personal revelation. If you know God’s love like John, it is not the same as knowing about it (1 John 4:16). When you have experienced it first hand, you can’t stop talking about it. It changes you. Do you know Him as your healer? (Exodus.15:26). Do you know Him as your provider? (Genesis 22:14). Do you know Him as protector? God covered the Israelites with the cloud by day and fire by night to protect them from the elements and their enemies. Nobody can talk you out of the knowledge of God that you have experienced. It sticks with you forever.

The situation in our nation today demands that we know Him as the God of supernatural increase. Moses knew Him like that. That’s why he could say to Israel, “May the Lord God of your fathers make you a thousand times more numerous than you are, and bless you as He has promised you” (Deuteronomy 1:11). He could say that because he knew that God had no limits. He knew about God’s ability. He knew what God can do. Often, our problem is our ignorance of God’s ability; ignorance of His limitless and boundless possibilities.

Jesus fed 5,000 men (not counting women and children) with just five loaves and two fish (John 6:5-13) and there were leftovers. That was supernatural increase. He did it again by feeding 4,000 with seven loaves and a few fishes (Mark 8:1-8). This miracle had its antecedent in the Old Testament, when Elisha fed 100 people with just 20 loaves of barley bread (2 Kings 4:42-44). Then, of course, we remember the widow’s oil that was supernaturally increased to generate income that paid off her debts and she still had surplus at the end (2 Kings 4:1-7). We need to enlarge the boundaries of our faith.

We don’t have to settle for less. There is more! Let’s get hungry for more of God in our lives. Nobody can be hungry for you. You are the one to be hungry for yourself. Even if you have a measure of experience with God right now, know that it can be better, there is more in God for you.

Sometimes, we need to empty ourselves of things that prevent us from knowing God as we should. Maybe, you need to cry out to Him right now, “Lord, I want to know you more in the area of my struggles. O Lord! Arise in the areas of my life where it seems dark. Let your light shine into it and let me have a new revelation of You!” May God create a passion and deep desire in our hearts to know Him more. May we desire to know God like Moses and Paul.